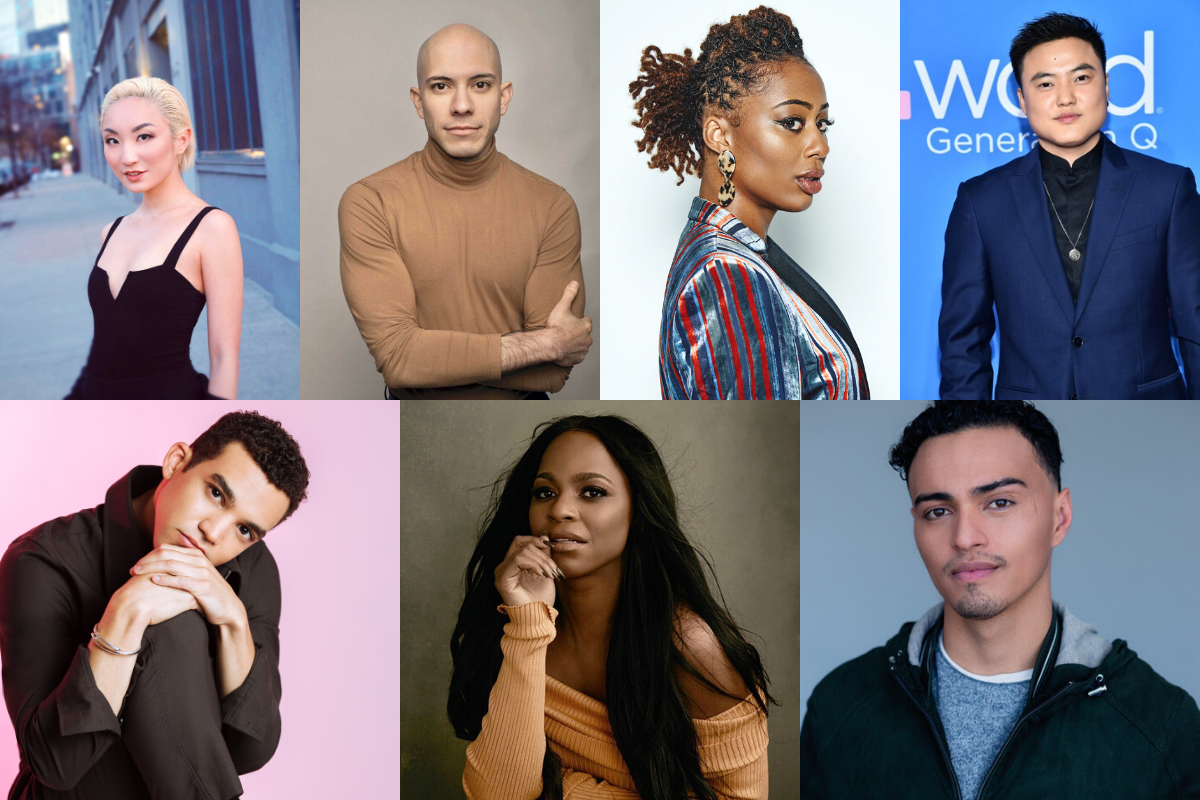 Their magnetic talent has led their careers to the verge of a major breakout, and now these six young, up-and-coming queer-identified actors of color will come together at Fusion to discuss their pathway to success in the industry, the relatively new space being carved out for QTPOC in film and television, and their advice to young hopefuls seeking to follow in their footsteps. The discussion will be moderated by the Managing Editor of The Advocate, David Artavia.

ZURI ADELE is most well-known for her portrayal of Malika on Freeform’s Good Trouble (acclaimed millennial spinoff of The Fosters).  Having grown up in both the Bay Area and Brooklyn, and studying at Spelman before her MFA training at UCLA, intersectionality, identity, and inclusion are at the forefront of her artistry. As a queer woman of acknowledged African Descent working on a series that reflects and celebrates the LGBTQIA community, Zuri is excited to dig deeper in these conversations as we continue to pave the way for more inclusivity in front of and behind the scenes of episodic storytelling.

Actor on the rise ADAM FAISON can be seen starring opposite Josh Thomas in Freeform’s comedy series Everything’s Gonna Be Okay. The show follows Nicholas (Thomas) a neurotic 25-year-old still living at home with his single dad and two teenage half-sisters, one of which has autism. When their dad becomes terminally ill, the girls have to cope with not only the devastating loss of their father but also with the realization that their brother will be the one to hold it all together. Faison shines as Alex, an earnest, genuine, and occasionally awkward 20-something-year-old dental student who is Nicholas’ romantic interest throughout the season. Everything’s Gonna Be Okay debuted on January 17 to rave reviews on Freeform, and is also available on HULU, freeform.com, and the Freeform app.

On the film front, Faison will next appear opposite Jennifer Garner in Yes Day for Netflix, which is currently in production. In 2019 he starred in Hulu’s horror/thriller anthology series Into the Dark opposite Lukas Gage, Chester Lockhart, Ayden Mayeri, Scott Evans, and Augustus Prew. The New Year’s themed feature-length installment “Midnight Kiss” debuted on December 27, 2019, and was part of Hulu’s monthly horror event series from Jason Blum’s independent TV studio.

Faison got his first big break in 2018 as a series regular on the workplace comedy Liberty Crossing for Verizon’s go90 network. The series was executive produced by Oscar-nominated Mason Novice (Juno, 500 Days of Summer) and created by Daniel Radosh (The Daily Show). He then went on to book high profile roles on top series including recurring on Alan Ball’s Here and Now for HBO, Marvel’s Agents of S.H.I.E.L.D., Freeform’s The Fosters, and Netflix’s Grace and Frankie.

Born and raised in San Diego, Faison had a love for performing from a young age. As a child, his parents encouraged him to audition for a local production of Joseph and the Amazing Technicolor Dreamcoat where he was cast in a small role, and he continued to hone his craft through local theatre productions growing up. Faison went on to earn his Bachelor of Arts in Theatre and Film Studies from the prestigious Pitzer College, a private residential liberal arts college in Claremont, California.

When he isn’t on set, you can find Faison taking piano and guitar lessons as a creative outlet, he also loves to write poetry and is currently learning American Sign Language. Over the years he has also dedicated time to working with a handful of charity organizations, including A Window Between Worlds, LA FoodBank, Friends of the LA River, LGBT Center, Autism Speaks, and Best Buddies.

ALEXANDRA GREY is an actress and musician best known for her role as transgender superstar singer and songwriter Melody Barnes on the Fox musical drama series Empire and as Elizah Parks on the Amazon series Transparent. Alexandra also recurs as Denise Lockwood on Chicago Med (NBC). Alexandra plays the title role of Gossamer in the upcoming feature Gossamer Folds, directed by Lisa Donato (Paperclip Ltd and Mill House Motion Pictures).

POPPY LIU is a first generation Chinese American actor and producer who brings their identity as a queer migrant person of the API diaspora to art and entertainment. Recently Poppy starred in NBC’s Sunnyside and was named one of “Fall TV Breakout Stars” by TVLine for her portrayal of Mei Lin on the show. She can also be seen in guest appearances on New Amsterdam, Law & Order: SVU, and Better Call Saul (upcoming).

In addition to acting, Poppy is a full spectrum doula and serves on the Board of Directors of SisterSong Women of Color Reproductive Justice Collective.

Born in Hunan, China, LEO SHENG grew up outside of Ann Arbor, Michigan. He studied sociology at the University of Michigan and graduated in 2017. While there, Leo wrote and directed two student films, both of which were shown at the Michigan Theater. He was cast in his first on-screen role, Adam (2018), before starting his master’s program focusing on social work. After filming, Leo completed his first year of his graduate studies before going on to star as Micah in The L Word: Generation Q (2019). Leo is committed to representation of trans people of color. He works to challenge himself and the filmmaking industry on what positive representation means and looks like on screen.

TONATIUH is most recognizable for his role as Marcos Zamora in Starz’s Vida. He can also be seen in the upcoming limited series for Peacock, Angelyne, based on The Hollywood Reporter feature that explored the identity of L.A.’s mysterious billboard bombshell. Tonatiuh will play Andre in the series alongside Emmy Rossum as Angelyne.

A native Los Angelino, Tonatiuh graduated from USC’s School of Dramatic Arts and is a member of Young Entertainment Activists (YEA), Sokamba, and Echo Theatre Company.

An advocate of storytelling for social change, Tonatiuh believes that it is the artist’s responsibility to foster a more empathetic and tolerant society through storytelling. If media can be weaponized to separate and isolate, it then must be used to unite and to heal. Follow Tonatiuh on social media @IAmTonatiuh

ZURI ADELE is most well-known for her portrayal of Malika on Freeform’s Good Trouble (acclaimed millennial spinoff of The Fosters).  Having grown up in both the Bay Area and Brooklyn, and studying at Spelman before her MFA training at UCLA, intersectionality, identity, and inclusion are at the forefront of her artistry. As a queer woman of acknowledged African Descent working on a series that reflects and celebrates the LGBTQIA community, Zuri is excited to dig deeper in these conversations as we continue to pave the way for more inclusivity in front of and behind the scenes of episodic storytelling.