The LGBTQs of Acting 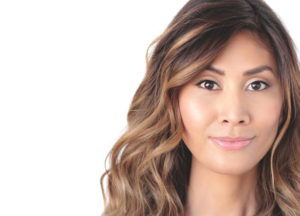 The LGBTQs of Acting

Calling all LGBTQ actors, actresses, and everything in between! Out and proud transgender actress Rain Valdez will show you acting techniques to help you navigate Hollywood as a queer actor. Talent of all levels are encouraged to attend.

Rain Valdez is a transgender actress and award-winning filmmaker. She played ‘Coco’ in season 2 of TV Land’s Lopez and doubles in Amazon’s Transparent as Miss Van Nuys on screen and a Producer behind the scenes. Valdez’s rom-com short Ryans, which she starred in and co-created with Natalie Heltzel, screened in over 15 film festivals worldwide after premiering at Outfest and won the Jury Award for Best North American Short. It is available on Seed & Spark and RevryTV. Rain, alongside Natalie, has been named as one of Outfest LA’s Next Generation of Filmmakers. Her genre short film, Hexed, premiered last summer at Outfest LA Film Festival and is also streaming on Revry.TV. Rain just completed Ryan Murphy’s Half Initiative directing program. She recently starred in a half-hour comedy pilot directed by Paul Feig for Freeform TV, and also just completed showrunning and starring in Razor Tongue, a web series she wrote.