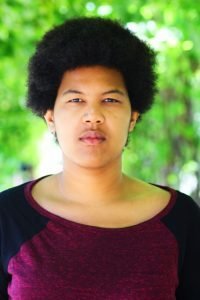 Filmmaking is a collaborative effort – no one person can do it alone.  This workshop will focus on why healthy creative partnerships are invaluable, what to look for when finding one’s creative match(es) and how to make the most of a collaboration in a way that will elevate the work being done, set the right tone on set/in the work environment and how to sustain these creative relationships over time and different projects.

Chanelle Tyson is a Los Angeles-based filmmaker. Chanelle attended New York University’s Tisch School of the Arts, where she earned a BFA in Film & Television Production.  In 2016, Chanelle was selected as a fellow for the 2016 Outfest Screenwriting Lab for her feature-length screenplay “I Just Wasn’t Made For These Times.”  Chanelle’s comedy sketch – “When You ‘Feel the Bern,’ but Your Girlfriend is ‘With Her” –  was featured on The Advocate magazine’s website and facebook page, where it amassed 15,000 views.  Chanelle has directed several web series, shot a feature-length documentary, completed a few short films, and has had a sketch she filmed acknowledged by Elizabeth Banks on Twitter, which is her second greatest accomplishment after being named Southwest Guilford High School’s Class Clown in 2007.
BUY TICKETS NOW 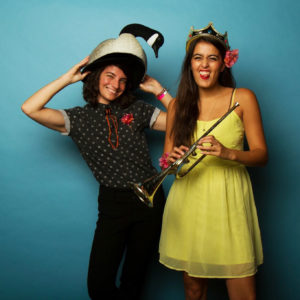 This workshop is about harnessing the power of collaborative imagination in our feminist communities. Participants use a set of design-thinking tools called worldbuilding in order to create their own fictional future. Each participant draws from their own experiences to enrich this new world. Once the parameters have been established, participants construct artifacts from the world they have invented. Using a wide variety of materials from felt to plasticine, the stories of the feminist future come to life.

Paisley Smith is a Canadian virtual reality creator and documentary filmmaker who roots her work in the design thinking process of world building. She studied World Building at the USC School of Cinematic Arts in the newly developed World Building Media Lab, founded by production designer and futurist Alex McDowell.

Caitlin Conlen is a graphic designer, artist and graduate from ArtCenter College of Design. She works for an R&D studio that focuses on designing a better future for the medical industry. Caitlin has used world building techniques to facilitate language and communication for kids with Autism in her previous career as a behavior therapist and is interested in the power of creative practices as tools for communication & innovation. 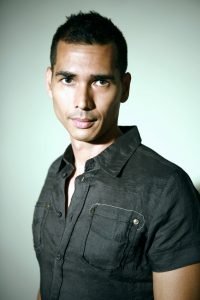 You’ve pulled off the impossible and gathered a cast and crew, you’re on location and ready to shoot! Now what? How do you push through this impossible schedule and still get the performances you need to tell your story? What exactly do directors say to actors in between takes? What if they don’t understand your vision? This workshop will take you through the process of collaborating with actors on set to bring a script to life.

Allan Brocka is a film and television writer and director whose works have screened at more than 100 film festivals including Sundance, Tribeca, and Outfest. His credits include Boy Culture, the Eating Out film series, Before I Got Famous, Noah’s Arc: Jumping the Broom, and Logo’s animated series Rick & Steve the Happiest Gay Couple in All the World.

Come join some of Outfest’s favorite writers as they discuss their experiences writing professionally in the film and television industries. Bring pitches for your own projects and be ready to share!

Michelle Badillo (Story Editor, One Day At A Time)

Hailing from The Bronx, Steven Canals is a 2015 graduate of UCLA’s MFA Screenwriting program. He began his writing career as a Research Assistant at Hungry Jackal Productions for Oscar-winning screenwriter Dustin Lance Black. Steven served as the Staff Writer on Freeform’s Dead of Summer, the same year his short film, Afuera, premiered at the 2016 LA Film Festival. He is Co-Creator and Co-Executive Producer of Pose (2018).

Michelle Badillo was born and raised in Queens, New York and grew up watching reruns of One Day at a Time in her Forest Hills apartment with her own divorced mom.  Michelle graduated from Loyola Marymount University in December 2013 and is now a story editor on the newly revamped Netflix Series, One Day at a Time.

Chuck Hayward was born and raised Wilmington, Delaware.  Next stop, Syracuse University where he majored in Television, Radio, and Film.  Chuck then moved to LA where he worked as an assistant at production companies before assisting on the hit shows Everybody Hates Chris and Entourage. Chuck landed his first staff writing gig on the NBC series Bent. In 2014 Chuck became a staff writer on the new NBC series, One Big Happy.  Then in 2015, he worked on the Fox series, Cooper Barrett’s Guide To Surviving Life.  In 2016 he had two movies produced, Fat Camp and Step Sisters, and sold The Untitled Urban Pitch Perfect Project to The Firm and PepsiCo.  He’s currently a story editor on the Netflix series, Dear White People. 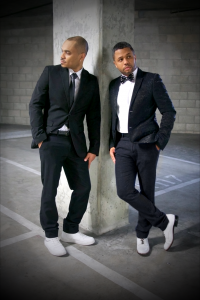 Making a Movie with your Smartphone

Want to learn how to use what you’ve got (your smartphone and the editing software that comes with it) and make quality films with what you have available? Join this session for an interactive crash course in storytelling, producing, camera operation, lighting techniques, editing, and using social media distribution to get your work seen.

Deondray and Quincy Gossfield LeNear have produced, written, directed, and even acted their way all over town. They are the creators and executive producers of the TV series The DL Chronicles and the new series The DL Chronicles RETURNS. They were the recipients of 2014’s Rolf/Uribe Models of Pride Award. They also produce numerous reality TV shows, such as ABC’s The Family Dance Off, NBC’s The Sing-Off, and MTV’s America’s Best Dance Crew. They are currently writing and developing feature films and are in development on numerous scripted drama series and original reality TV series. 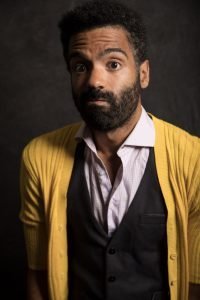 It seems everybody has a web series to showcase their talents and now you can, too.

Come learn exactly what you will need to compile your story, your script and your resources to make your own and join the digital revolution!

Do you have great ideas and stories but don’t know how to translate them into a film? How do you harness your personal journey, to something you can share on the small or big screen? In this workshop, LatinX Filmmakers Kase Pena, Henry Alberto, and Abel Soto will show you how they do just that in their own work. As a class, we will participate in writing exercises that inspire the imagination and will help you brainstorm story possibilities.

Kase Pena was born, bred and educated in New York City. She is a Latina Transgender woman who hails from the Bronx. A graduate of the CCNY film program, Kase is mostly interested in relating human stories; the kind that tug-at-the-heart and have staying power. Her evocative feature-length screenplay, I Love Hate, was selected into the 2017 Outfest Screenwriting Lab, one of the most prestigious LGBT writing labs in the nation. At the moment, and under the guidance of distinguished showrunner Glen Mazzara, Kase is developing Lipstick, a Latinx original pilot about a single Mexican-American mother who raises a Transgender daughter in Boyle Heights.

Writer/Director, Henry Alberto is a recipient of a prestigious Skowhegan Artist Residency. Most recently, Henry received a renowned Yaddo fellowship and a Latino Screenwriting Project fellowship in association with the Sundance Institute. He is an alumnus of the Outfest Screenwriting Lab, and mentor of Outset: The Young Filmmakers Project by Outfest. Presently, Henry is working on the film adaptation of the award-winning young adult novel “Aristotle and Dante Discover the Secrets of the Universe” by Benjamin Alire Sáenz.

Abel Soto is an actor turned producer/director, from Boyle Heights. He has been featured in numerous television series, films, and commercials. He studied theatre at Los Angeles City College and went off to follow his dreams of working in showbiz. He recently started producing and directing his own projects including music videos, and now his first feature film. He is a Hollywood HS alumni and plans to start his own production company. His most recent endeavors include becoming a writer for his very own web series, and a screenplay that he plans to star in about a serial killer from LA.